Back to Front Page

I took a autosomal DNA test August 2017 using the Ancestry kit
This covers the Andrews and not the Pritchett lines.
Recently I did further tests using FamilyTreeDNA for Y-DNA and mtDNA.
No surprises, it seems to match the research I have to date. 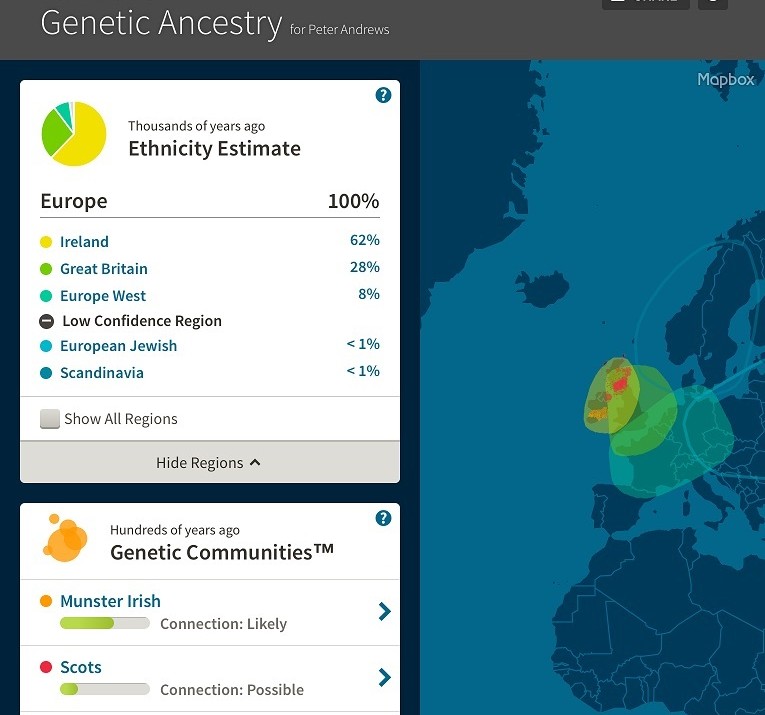 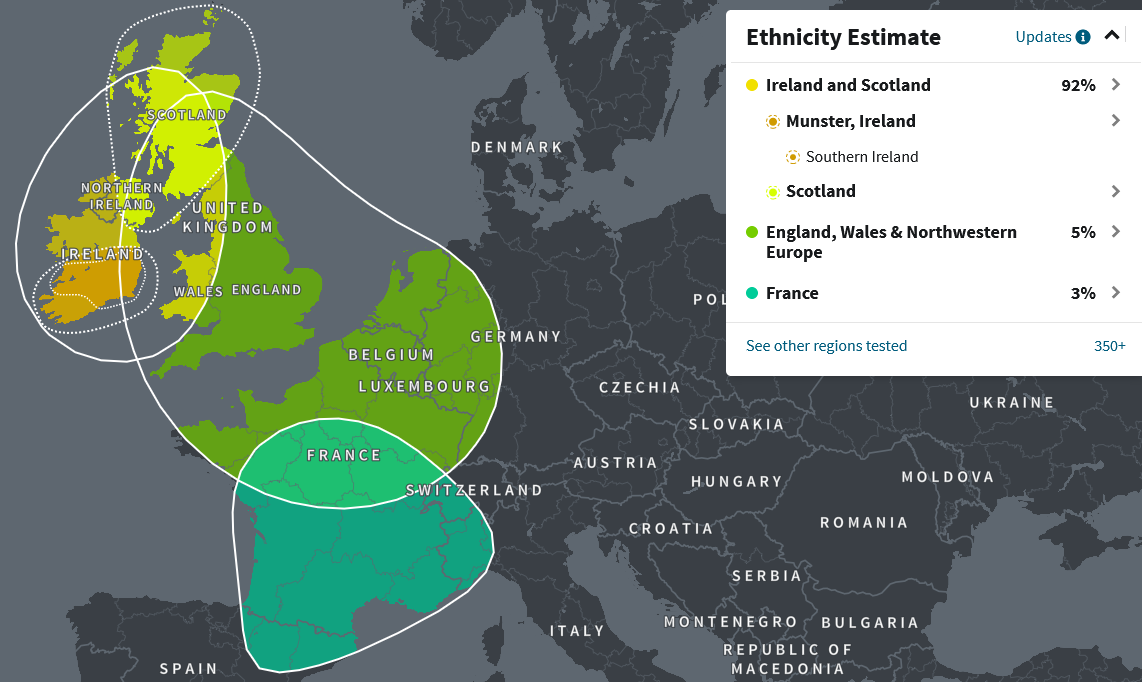 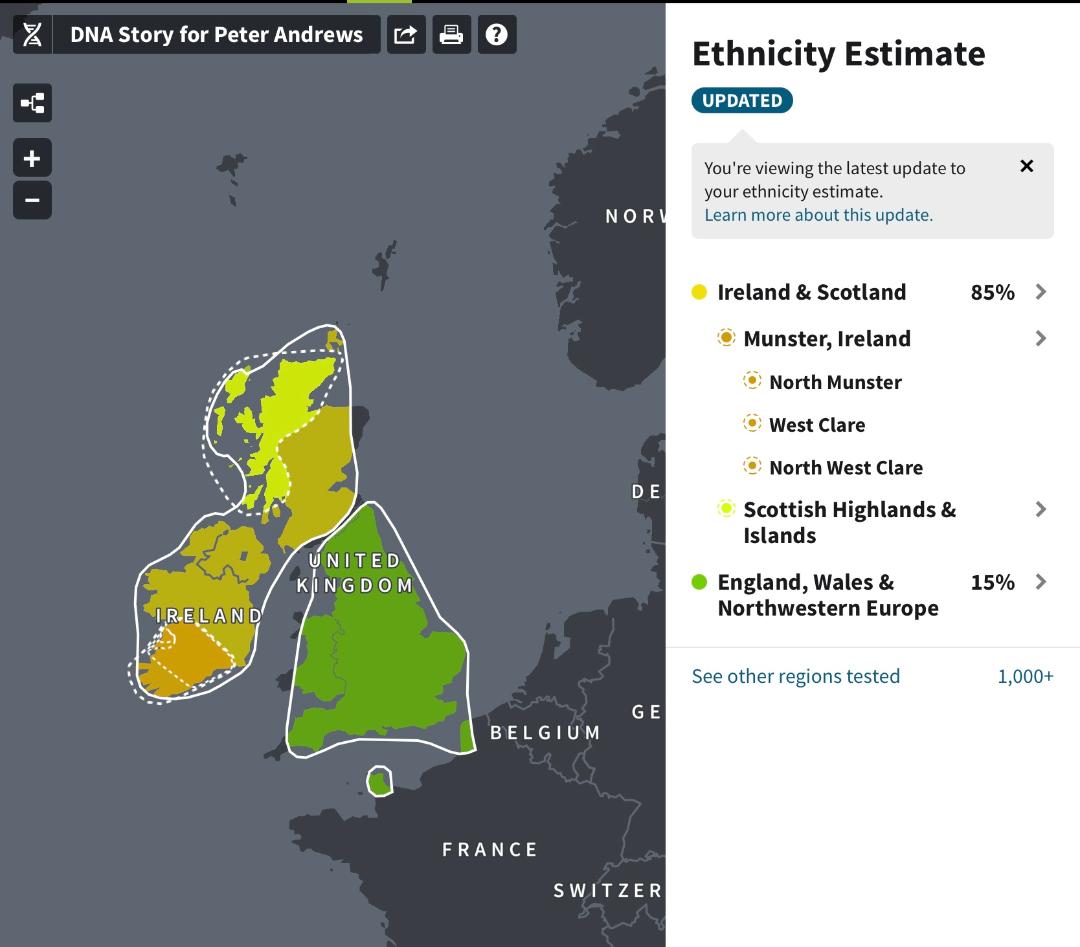 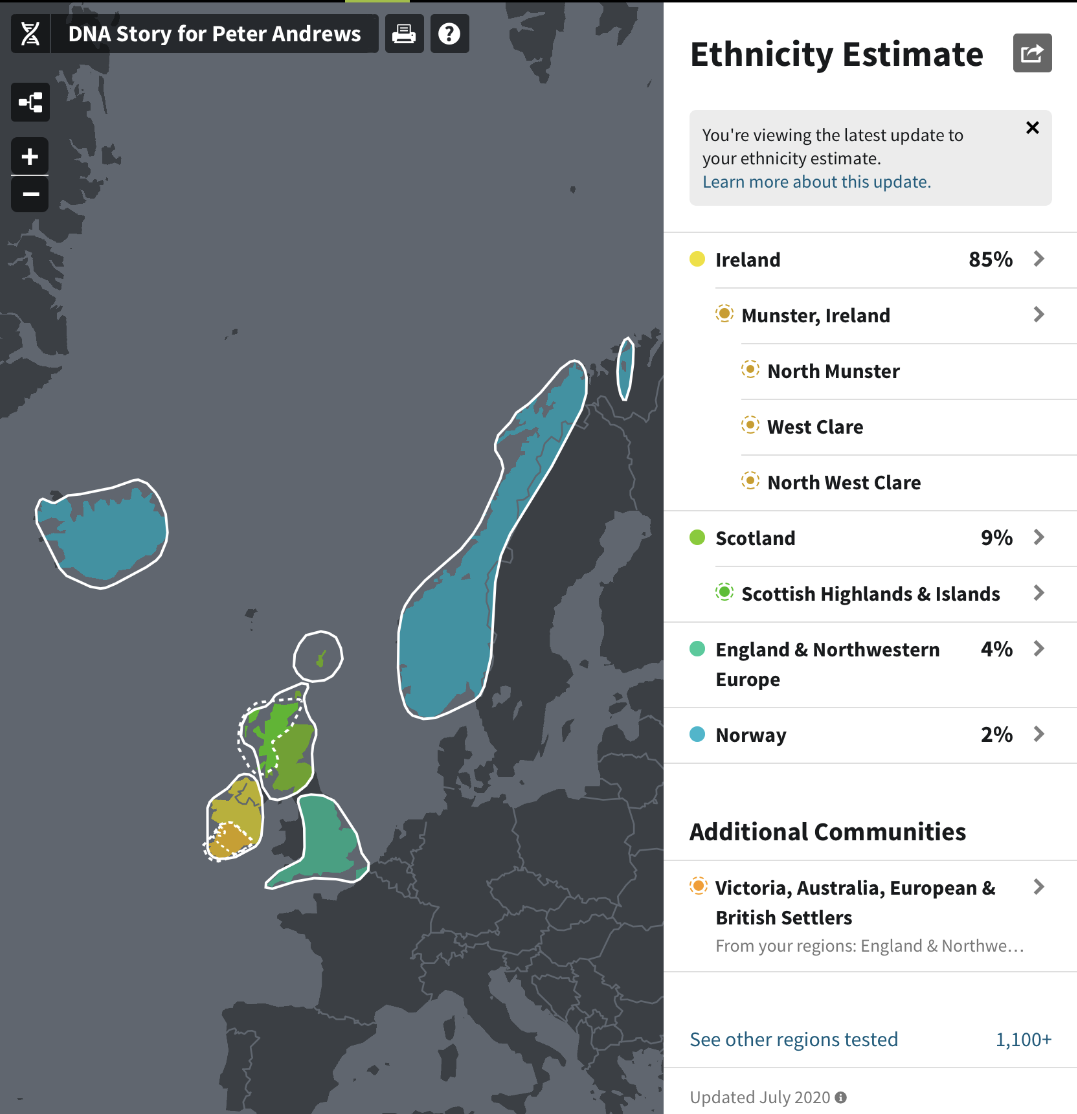 2021 Update
A little less Irish and a little more Scots.


All GG Grandparents emigrated to Australia from the UK or Ireland in the 1800s.

Ancestry provides an Autosomal DNA test.
This covers all family relationships.
Ancestry provide the maps above and identifies close matches (if the person so desires)
In my case several closer cousins appeared, as did more distant relatives I have contacted in my research.
I have made some progress in pushing the tree back further into the past.
.
Y-DNA and mtDNA

Y-DNA and mtDNA are additional tests to identify your paternal and maternal lines respectively.
i.e. my fathers's father's etc and my mother's mother's etc.
In very general terms it can identify the migration path back many thousands of years.
No new known or near relations appeared among many connections

My paternal line is..
Me..William Andrews..Albert Andrews..James William Andrews..John Andrews..Thomas Andrews ..???
Thomas came from Dorsetshire, in and around Cranborne.
"...This is a very common European haplogroup that came out of Africa about 50,000 years ago.
It moved through the Middle East and Central Asia to Europe in the last 10-20 thousand years...."
Google the Haplogroup for a wealth of information.

My maternal line is...
Me..Gloria Holland..Veronica Hayhoe..Margaret Anne Davidson..Esther McKay Ross..Margaret Munro...???
Esther came from Rossshire in the Scottish highlands
"...Mitochondrial haplogroup H is a predominantly European haplogroup that originated outside of Europe
before the last glacial maximum (LGM). It first expanded in the northern Near East
and southern Caucasus between 33,000 and 26,000 years ago, and later migrations from Iberia
suggest it reached Europe before the LGM. It has also spread to Siberia and Inner Asia.
Today, about 40% of all mitochondrial lineages in Europe are classified as haplogroup H...."